Scent work is a game, and some rewards are better than others. You know you’re on the right track when your dog is so excited you can see the whites of his eyes.

What did it look like when you saw your dog that excited? Was he chasing a bird? Or would he rather chase a ball or Frisbee? Does he scream when you approach the dog park where you go walking? Or will a steak have him drooling jumping on the counter? If your answer is yes, those situations are valuable training opportunities.

If you can control access to the situation that makes your dog crazy with anticipation, then you can use it as a reward. In the photo, puppy Tika is entranced by a bird wing. Accordingly, we can use the wing to proof behaviours from stays on the agility pause table, to free-stacking in the conformation ring.

The Best Rewards are Massive Distractions

Paradoxically, the highest value rewards are usually huge distractions! Be forewarned: if you’re going to use the wing as a reward, be prepared to work through that distraction in your next training session (1). At first, the presence of the wing may make your pup so excited he appears to lose his brain and forgets the most basic behaviors. Start by selecting a behavior that he knows well e.g. down. Ask him to lie down in the presence of the wing, then reward immediately. His behavior of lying down will be much more reliable.

Note the wing probably isn’t the best choice for teaching down to a puppy. Toy rewards tend to be energising, while food rewards tend to be calming, so I teach the down using food. Once the pup understands down on cue, show him the wing and start proofing. When he lies down for even a millisecond, give him the wing. The pup may fail several times, but working through the challenge is worth it for motivating that unique dog.

What’s rewarding is determined by the individual dog. There are 4 main categories of rewards:

Within each category of rewards, a hierarchy is hidden.

Many dogs prefer food to toys. But that’s not the end of the story. Within food rewards, your dog probably prefers a juicy bowl of tripe over one piece of dry kibble. You can further augment drive by experimenting with food play e.g. holding the dog back while you throw a piece of food so it rolls on the ground, then releasing the dog and to racing him to it. Another strategy would be training the dog to jump up and grab food with the verbal cue “get it”. Once your pup knows the game, occasionally say get it and move the food away at the last second, for a near miss! Then repeat the game but allow him to get it. Keep your dog guessing, to keep your dog in the game.
Some dogs are inherently motivated by toys, but you can develop the toy drive of any dog. To illustrate, a dog that isn’t interested in tug at first may be attracted to a rolled-up sock containing sardines so when he bites down he gets a taste. Limit the game to 5 seconds and quit while he wants more. Similarly, with a dog who already loves to tug, occasionally drop the tug toy on the ground, allowing him to “steal it”, or run away with the tug dangling, so he has to chase you to jump up and grab the tug toy.
Context matters. For instance, food rewards are more attractive when he’s hungry compared to when he’s already stuffed. If your dog loves to swim, diving into the lake on a sunny day is more enticing on a sunny day than during a blizzard when he’s already exhausted.

Don’t be Afraid to Be Goofy

Your energy is critical to maximize rewards.  Don’t underestimate the value of “being goofy”. Challenge yourself to lose all the props (toys, treats, leash, etc.) and play “naked” with your dog for 5-10 seconds. It’s important to practice this skill, because at some point in your dog’s life, you’ll be surprised by a dangerous situation, without any leash or rewards, and need to recall or heel your dog away. Prepare today, by attempting prop-free play, in a distraction free environment, where you can test roughhousing or whispering to engage and reward your dog.
Rewarding has everything to do with your attitude, but there are some nearly universal fallbacks. For example, crouch down and pause, then run away fast. Most dogs will take off running with you, revitalized and energized, even if they were previously flat.
Get creative. Take a shot at the splat down game with several of your dogs at the same time (provided there’s no resource guarding). Give the signal or verbal cue to lie down, and only reward the fastest dog, by tossing single reward at him so he needs to grab it or his friends will steal it. After a few heats, the dogs drop like the earth is magnetized. Don’t worry, nobody wins them all. But they all want to win! As the late Patty Ruzzo said, find the joy (2). Training shouldn’t be boring.

Traditionally, dog trainers thought of rewards as things e.g. you give your dog a biscuit or a ball. Amp up your rewards by focusing less on the items and more on the interactive experience while rewarding your dog.  More valuable reward events result in:

·         ignoring more challenging distractions to perform the work and earn his reward.

Combine reward categories to build a satisfying, memorable, reward event (3). For example, a low value reward might incorporate robotically clicking then handing your dog one piece of kibble while patting the dog’s head like a basketball and saying in a monotone “good dog”. Turn that into a reward event by giving high pitched (not growly) enthusiastic praise, clicking and treating 10 times in a row, fast like a machine gun. An even more intense reward could fuse a 30 second game of tug with a rabbit fur toy or 15 venison treats, delivered while telling the dog how strong or fast he is, followed by a 3-minute off leash romp where you allow your dog to sniff whatever he wants.

In nosework competition, I use wieners to reward individual searches (since the judge and competitors are waiting), and once all the searches are complete, I pay my dog with an energetic game of tugging his stuffed toy, while we run outside together, and spend at least 5 minutes together. Having cultivated many options, even if I forget my dog’s toy, we have an arsenal of exciting rewards available for our “after party”, from nose touches to hide and go seek.

Whatever rewards your dog loves, imagine how to blend them together for an unforgettable reward event. If you can see the whites of your dog’s eyes, you did something right. Your dog is having more fun already.

You’ll make my day if you share photos of your dogs having fun. Questions and comments are always welcome.

2 Comments on Work for the Whites of His Eyes 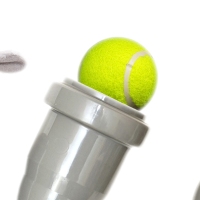 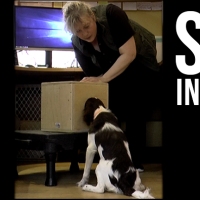